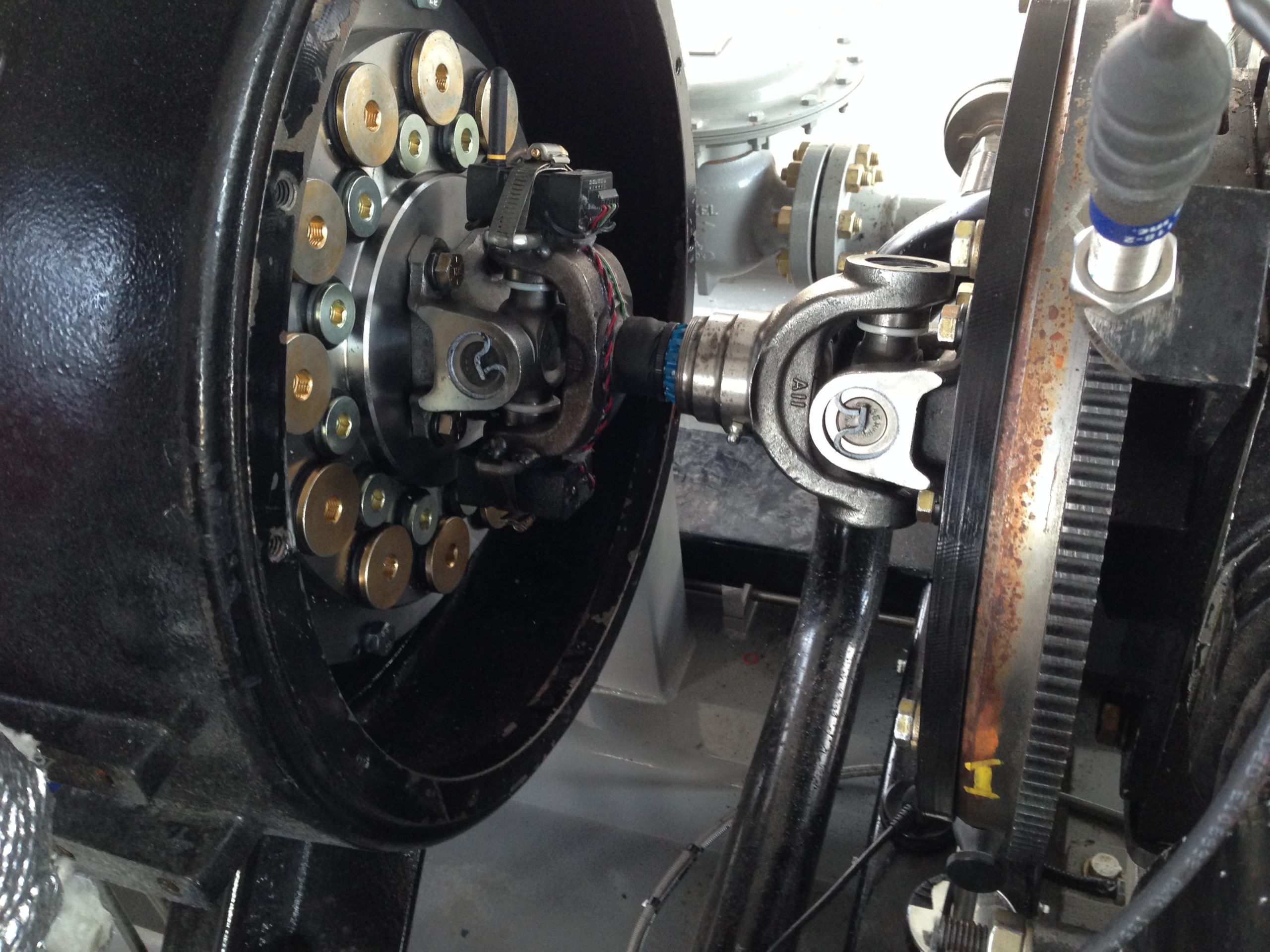 Structural Dynalysis was founded in 2002 and specializes in structural dynamics, vibration testing & analysis, signal processing and driveline dynamics.  In addition to the testing services provided, Structural Dynalysis provides thorough torsional vibration analysis (TVA) with comprehensive reporting tailored to the needs of the customer. 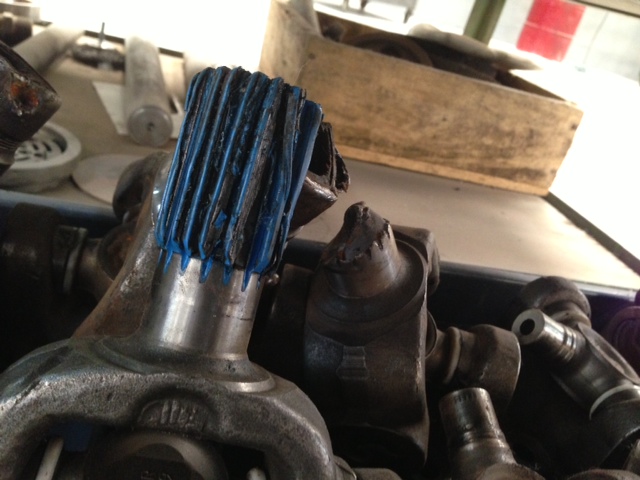 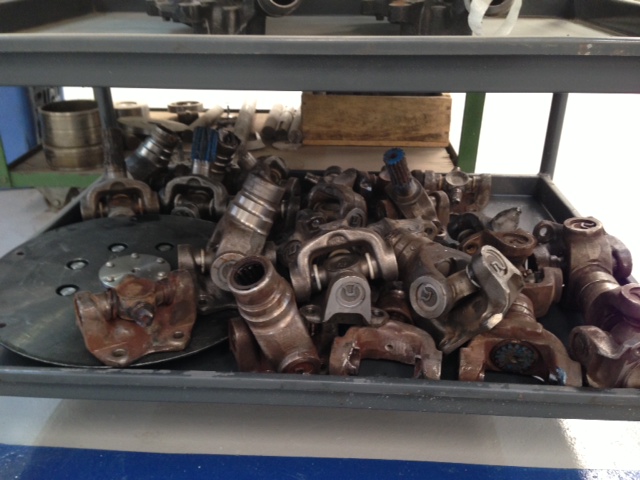 A customer in the oil & gas industry was experiencing repeated failures of a short couple driveshaft on a reciprocating wellhead gas compressor, which in turn was driven by a reciprocating natural gas engine. The client had previously worked with the coupling manufacturer to try to resolve the failures with a number of different bushings, none of which were able to prevent the dynamic failure event from happening.

Given that the piece of equipment was critical to the operation of the natural gas plant, the plant needed to keep the equipment running non-stop. Drive shafts were delivered by the skid, and were replaced as they broke until the root cause could be determined and a long-term solution implemented. Each failure was resulting in significant down-time and lost revenue for the plant, which meant time was of the essence. Structural Dynalysis was called in to help measure the dynamics of the system and propose a robust solution.

To quantify the torsional dynamics of the system, torsional vibration measurements were needed. Structural Dynalysis decided to use the TorqueTrak 10K telemetry system from Binsfeld Engineering for the measurements.

Principal Engineer Matt Witter explains, “The TorqueTrak 10K is flexible and versatile for a consultant like me. Unlike a torque flange, I don’t have to buy expensive collars for each different application and the system can be adapted to various applications easily. The setup is also very intuitive”.

A torque-pattern strain gage was applied to the driveshaft and the torque telemetry system was strapped on to get the measurements. 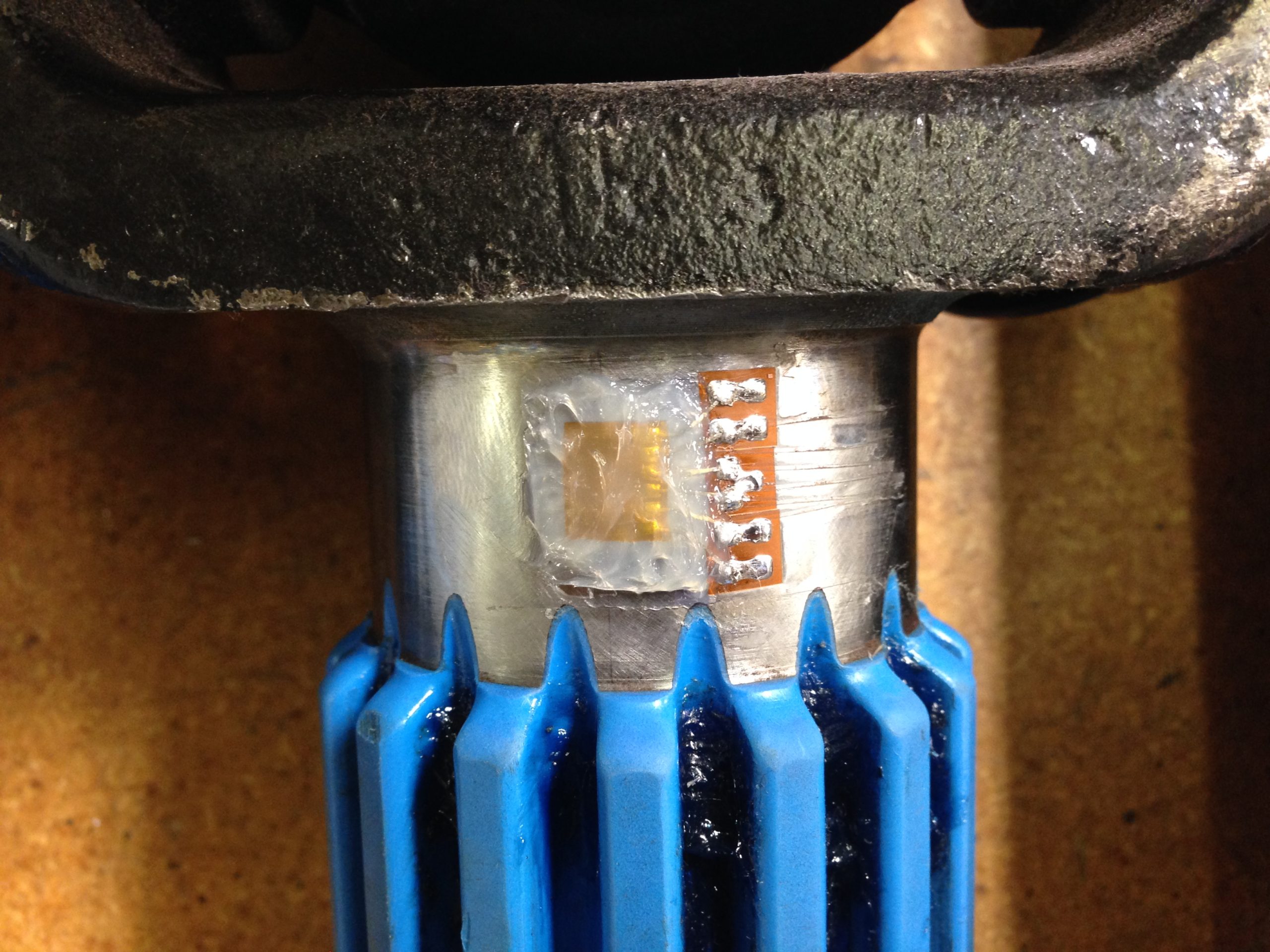 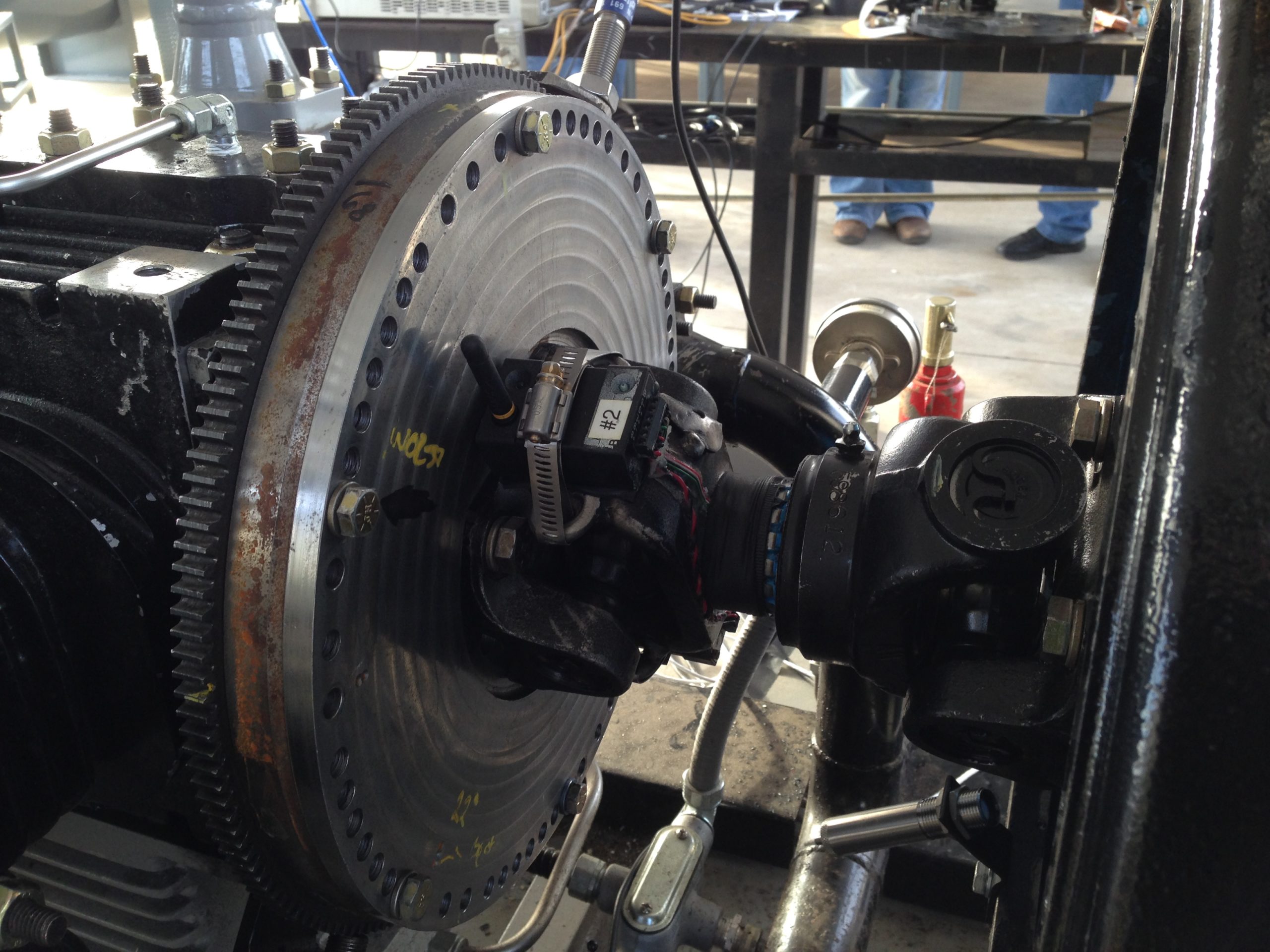 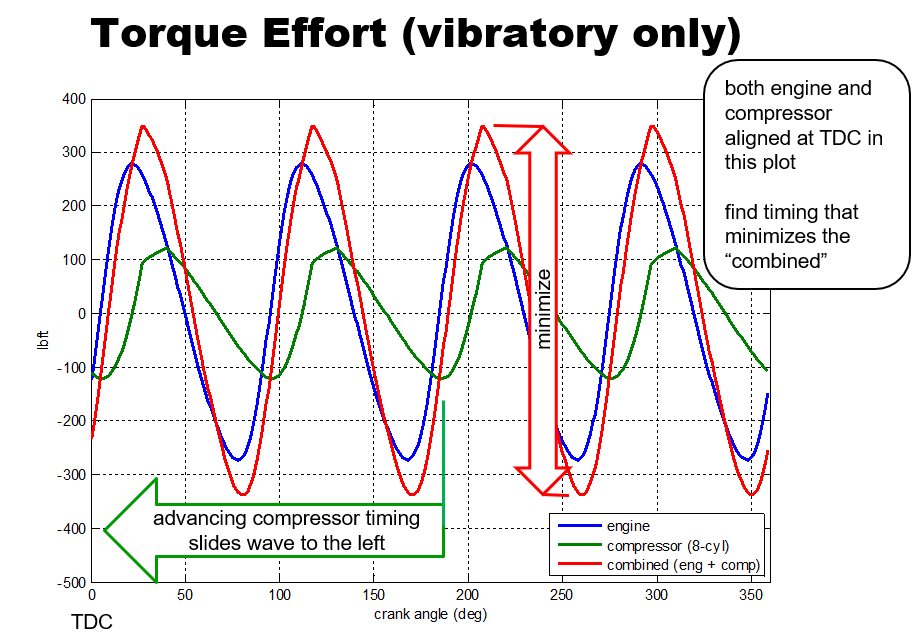 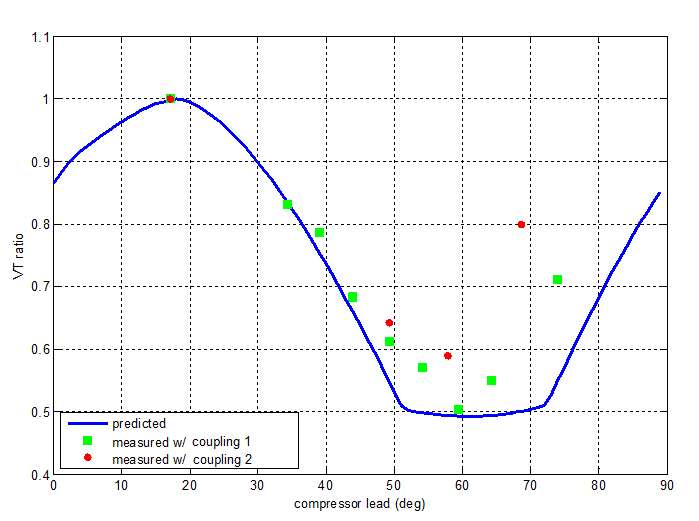 Torsional Vibration measurements were taken in three conditions: 1) Motor Only, 2) Compressor Only, 3) Motor + Compressor. The results of the testing revealed the presence of a 4th order harmonic between the compressor and motor, which resulted in extensive vibration that was exceeding the rating of the drive shafts. The additive nature of the vibratory torque levels of the two system components suggested to engineers that the failures could potentially be resolved by focusing on compressor timing. By changing the timing of the compressor, the vibration profile of the compressor could be shifted such as to offset/cancel some of the vibration caused by the engine.

A theoretical model of the system was constructed to determine which compressor phrasing produced the lowest vibratory torque ratio (compressor vibration / engine vibration). The model predicted the worst-case vibration at a compressor phase at around 20 degrees and the best-case somewhere between 50-70 degrees. To determine the exact values, testing was completed at a handful of points along the range with 2 different couplings

Testing confirmed that the worst-case compressor timing was 18 degrees and best-case timing was 58 degrees, therefore the timing was changed to 58 degrees. Coupling 2 was selected as it was a rubber in shear coupling, which proved to be a more robust solution than Coupling 1, a pin and bushing coupling. By changing the compressor timing and using a new coupling, Structural Dynalysis was able to help resolve the breaking driveshafts once and for all and get the critical piece of equipment back up and running.

With reliable, easy-to-use, Binsfeld telemetry as a tool, engineers at Structural Dynalysis were enabled to do what they do best – solve complex dynamic problems efficiently and help their clients reduce downtime and increase profits.