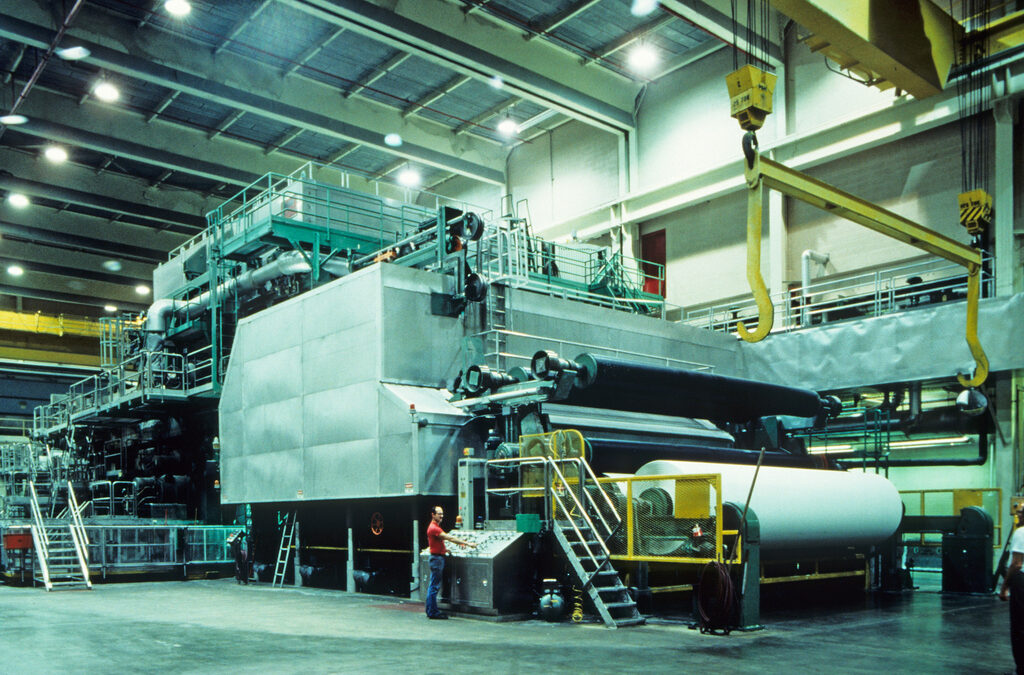 International Paper Company – Plant personnel were not able to run the year-old paper machine at full speed. Either the two drive motors were not producing the rated horsepower or the process required more horsepower than the drives could produce. Motor current measurements supported the theory that the motors were under producing.

However, engineers on staff knew that motor current data is not always an accurate indicator of torque loads. It was decided to measure the actual torque on the output drives using strain gages for comparison to the motor data.

Binsfeld Engineering was called in to instrument dual drive shafts with Binsfeld torque telemetry and torque sensitive strain gages from Micro-Measurements and then record torque data simultaneously on both drives while the machine was running. The data quickly confirmed that the drives were not producing the rated horsepower and indicated that a review of the motor and electrical drive system was in order.