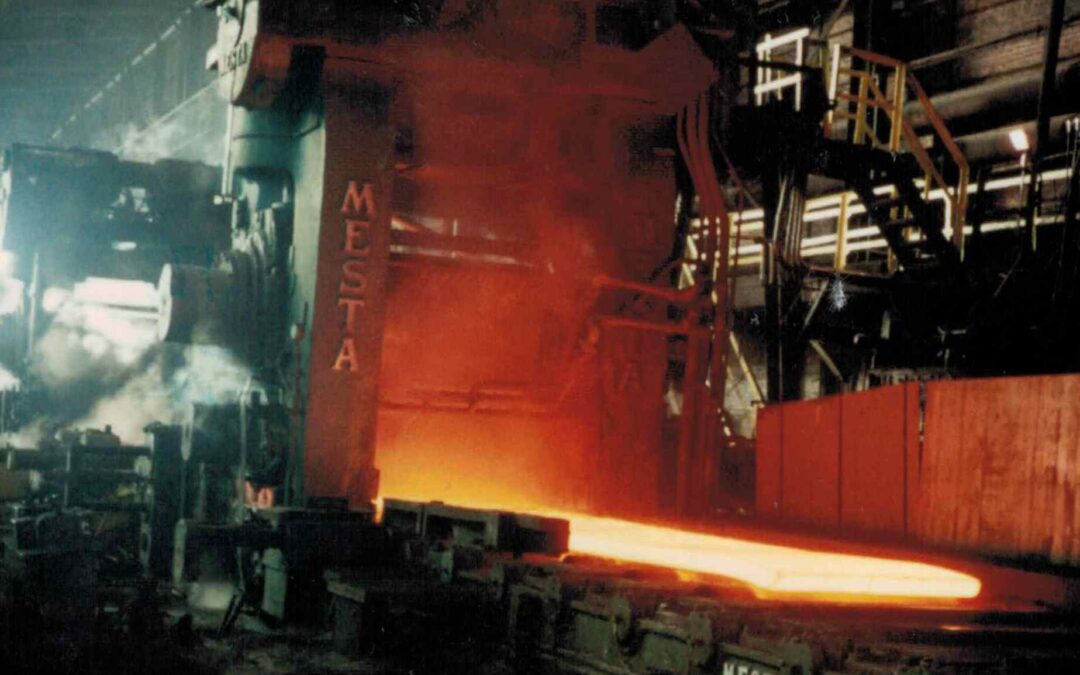 Bethlehem Steel, Sparrows Point, MD – Plant engineers had deduced that sporadic torque overloads on a rolling stand in the hot strip mill were causing breakdowns of the expensive drive system. What the engineers didn’t know was why. Was it a function of the width or thickness of the hot slab fed through the stand? Did the material properties (grade) of the slab matter? Was it something else that they had not considered?

Torque readings on the spindle drive shafts would be instrumental to understanding and solving the problem. Binsfeld Engineering installed its diagnostic torque telemetry equipment and torque sensitive strain gages from Micro-Measurements on the spindle shafts and the torque was monitored under various operating conditions. Testing revealed an unexpected cause of high torque loads: hot slabs that sat too long (e.g. due to operational delays) developed cold areas which were harder to work in the rolling stand, creating significant torque overloads. Based on this finding, the company implemented a process to reject cooled slabs thereby avoiding expensive breakdowns. The result was increased production and reduced maintenance.