See how customers around the world are using TorqueTrak systems from Binsfeld Engineering to troubleshoot and optimize their machinery, control processes, increase efficiency, prevent damage and solve challenging problems — in short, saving time and money by making smart data-based decisions. 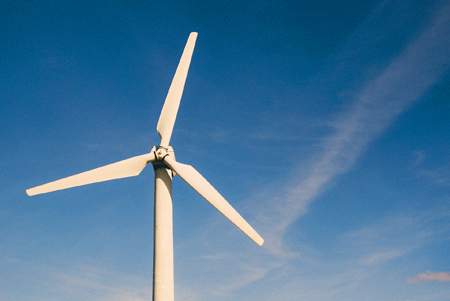 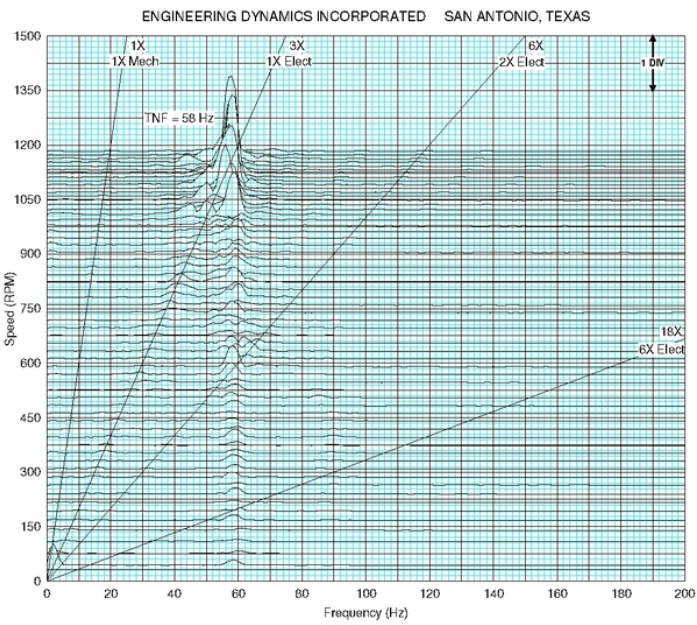 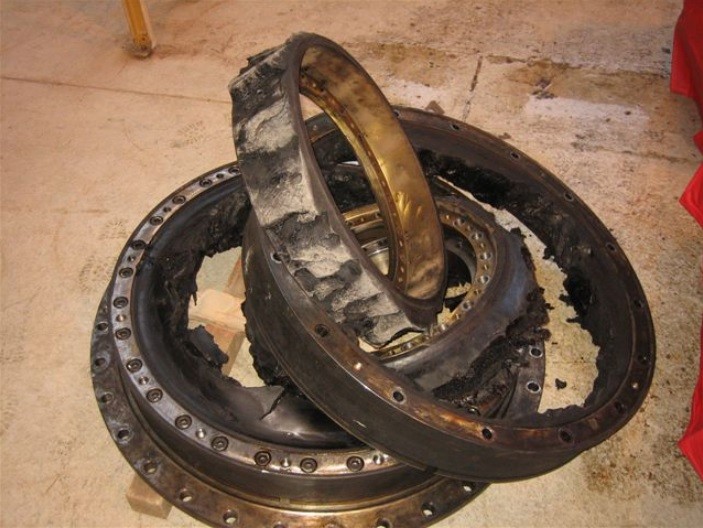 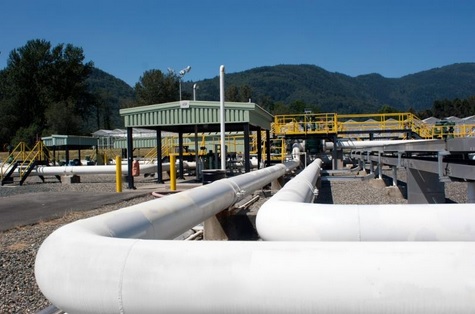 One of our clients tested a scaled-up design of their patented vertical wind turbine for 18 months. The 25-100 kW turbines being evaluated featured unique stationary stators that funneled and accelerated the wind into the rotor blades. “The robust and unique combination of the stator and rotor design allows the turbine to operate in Class 6 and 7 wind speeds (25-30 m/s). Most turbines cut out at 25 m/s,” they said. Our client added that they’ve been using the TorqueTrak Revolution to capture torque data for a publishable power curve. The data will validate the full-size models developed from 1/12-scale wind tunnel prototypes. They also plan to use the results to scale up designs in the 0.25-1 MW range and scale down designs in the 1-5 kW range.

The National Renewable Energy Laboratory has also specified the TorqueTrak Revolution as one of over 150 sensors being leveraged to characterize all dynamic motions and loadings on a generic gearbox typically employed in most large-scale turbine designs. The goal of this collaborative effort between the Department of Energy, wind turbine OEM’s, drivetrain component and lubrication suppliers, and turbine owners and operators is the development of a complete mathematical model of the entire system, available in the public domain for the validation of improved gearbox designs.1

Two gearboxes in the 600-750 kW range are being built and instrumented for the investigation. One will be run on a 2.5 MW dynamometer at the National Wind Technology Center and the other will operate in the field on a turbine in the Ponnequin wind farm, both located in Colorado. The TorqueTrak Revolutionallows studying of torque loads when braking on high speed shafts. Occasionally – our customers find that generators may carry torque for a short period of time.

Ensuring quality and reliability is the reason another client in Iowa invested in two test stands for the gearboxes that represent the core of their powertrain. Their 2.5 MW wind turbine splits the torque from the rotor shaft through a multipath, load-distributing design to drive four generators, reducing component failures and extending the operating life.2

To test production gearboxes, they built two test stands incorporating the TorqueTrak Revolution, one system monitoring torque on each of the four output shafts. The torque signals are fed back to a PLC that controls a hydraulic servo loop regulating rotary actuators that maintain the desired torque load on each shaft. Both regular production and endurance testing have been performed on the test stands. The endurance tests simulated 20 years of operation in 1,100 hours. This method was used because continuous torque data was necessary.

Utilizing torque as part of a condition-based monitoring (CBM) strategy is not currently standard practice in the wind industry. Bearing temperatures, vibration, and oil particulates are commonly measured variables relied upon to monitor drivetrain health. Measuring, and logging, torque data is important to many components – especially at it relates to the gearboxes.

The measurement of true mechanical torque is a key parameter for the wind industry in test stand and design validation applications. It may hold promise as a worthy drivetrain CBM variable in the future. As the examples show, the TorqueTrak Revolution system is an ideal instrument for the continuous measurement of torque in these cases.

A six-stage horizontal centrifugal pipeline shipping pump driven by a 10,000 BHP variable frequency electric motor failed after only four years of operation. Inspection of the failed unit revealed that the rotor bars were badly deformed with points too close to the stator windings. Two identical pumps were inspected and the same problem was detected, though not as severe.

DYNA, a vibration analysis consultant, was called in to investigate the three systems. Utilizing TorqueTrak instrumentation and Micro-Measurements strain gages, test data was collected over the full range of shaft speeds from dead stop on up to the maximum operating speed of 4,100 rpm. Two speeds were found to produce specific torsional vibration amplitudes, indicating a resonance condition, on each of the three pumps. The first (at 720 rpm) was the typical Slow Roll speed. Maximum dynamic torque values as much as 30% of the supplied torque were measured at this speed. The second was at 3,375 rpm, which was within the normal operating range, with peak loads as great as 10% of the supplied torque detected. For an electric motor, the maximum allowable dynamic torque is 1% of the supplied torque. At these shaft speeds, the 6th motor harmonic was exciting resonance in the system and causing high lateral vibration leading to premature failure.

As a result of the analysis, the suggested solutions were to shift the Slow Roll speed up or down 10% and to add inertia (a weighted disk) close to the coupling to move the natural frequency node below the normal operating range. Once implemented, the vibration was eliminated and the reliability of the pumps restored.

TT10K Used to Identify Damage Cause of Coupling Failure

Weeks after commissioning, a compressor unit tripped on high motor vibration. Upon inspection, cracks were found in the center piece of the coupling indicating a possible torsional vibration problem.

The unit consisted of a 3150 HP induction motor operating at 894 RPM, shim pack coupling, flywheel, and 4-throw reciprocating compressor. Full load torque (FLT) of the motor was 222,000 in-lb. After the coupling was repaired, a Binsfeld TorqueTrak TT10K system and a Micro-Measurements strain gage were installed on the motor shaft to measure both transmitted (average) torque and dynamic (alternating) torque.

Peak torque of more than 450% of FLT was initially found with the compressor loaded, which is considered excessive even for reciprocating machinery. However, the signal appeared clipped so the unit was shut down to adjust the transmitter. It is important to check the time wave forms for flat spots, spikes, drop – outs, etc. to ensure good data collection.

Binsfeld includes a convenient remote control that allows easy changing of settings such as channel and gain. Without any soldering of pads, the remote was used to quickly switch the gain from 4000 to 2000. The unit was re-started and the maximum torque was actually 630% of FLT (1,400,000 / 222,000= 6.3).

One engineer questioned the calibration since the torque readings were extremely high. Further comparison with other measurements such as motor current and cylinder pressures verified correct horsepower and that the Binsfeld system was accurate. In addition, the remote had been used to perform built-in shunt calibration during installation of the TT10K to check for proper scale factor.

The high torque exceeded the coupling manufacturer’s allowable limits and caused the failure. The first torsional natural frequency (TNF) was coincident with 5× running speed, which greatly amplified the dynamic torque (AF ˜ 80). For a reliable system, the TNF should have a separation margin (SM) from significant compressor harmonics. API recommends a SM of 10% if possible.

The compressor manufacturer offers “detuners” or internal flywheels that can be bolted onto the crankshaft. This compressor frame can accommodate three detuners, which were promptly ordered from the factory and express shipped to the site. Within a few days the modified compressor unit was re-tested. Strain gage measurements confirmed that this additional inertia lowered the first TNF from 75 Hz to 71 Hz (now 5% below 5× running speed) thus reducing the torque amplitude at that harmonic. The torque levels are now considered acceptable. 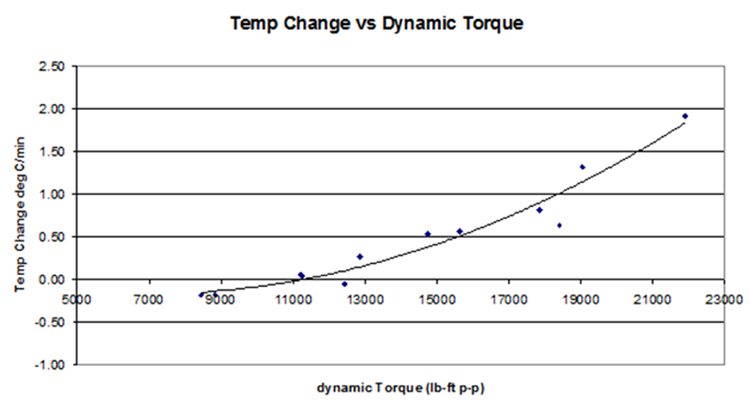