A recent project involved a vessel that was built in 1969. The propulsion system had two fixed pitch propellers, each driven by a diesel engine. The vessel had gone under various refits since construction, including adding sponson tanks in 1976 and new diesel engines in 1980. In 2010/2011, the vessel had a refit conducted, which included upgrades to the shafting and propeller, and the addition of a bulbous bow and a bow thruster. The vessel service speed was 11.5 knots prior to the upgrade.

For this marine propulsion system, the TorqueTrak 10K telemetry instrument was used to verify and demonstrate the associated benefits of a recent system upgrade, namely, an increase in vessel speed at less power and less fuel usage. That is exactly what the designers had hoped to see. At the same time, the TorqueTrak 10K was used to check torsional vibration in order to put corrective measures in place. 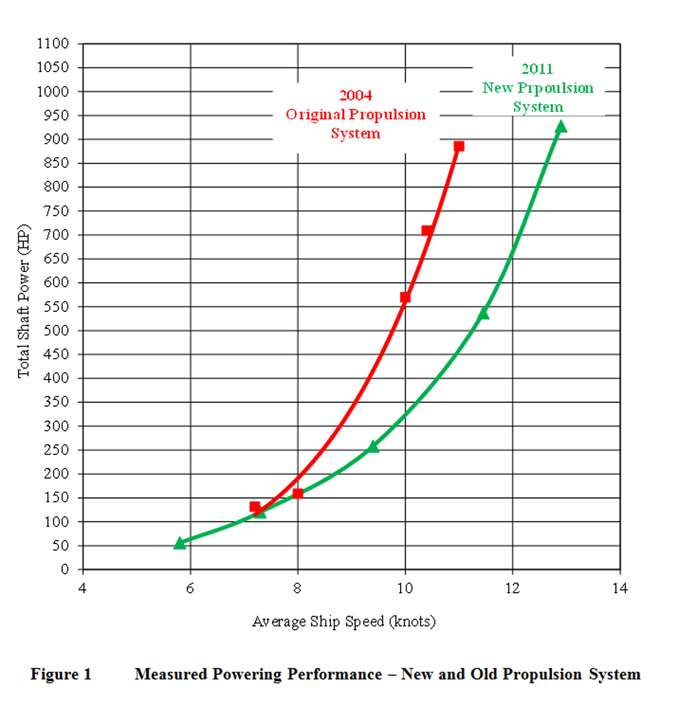 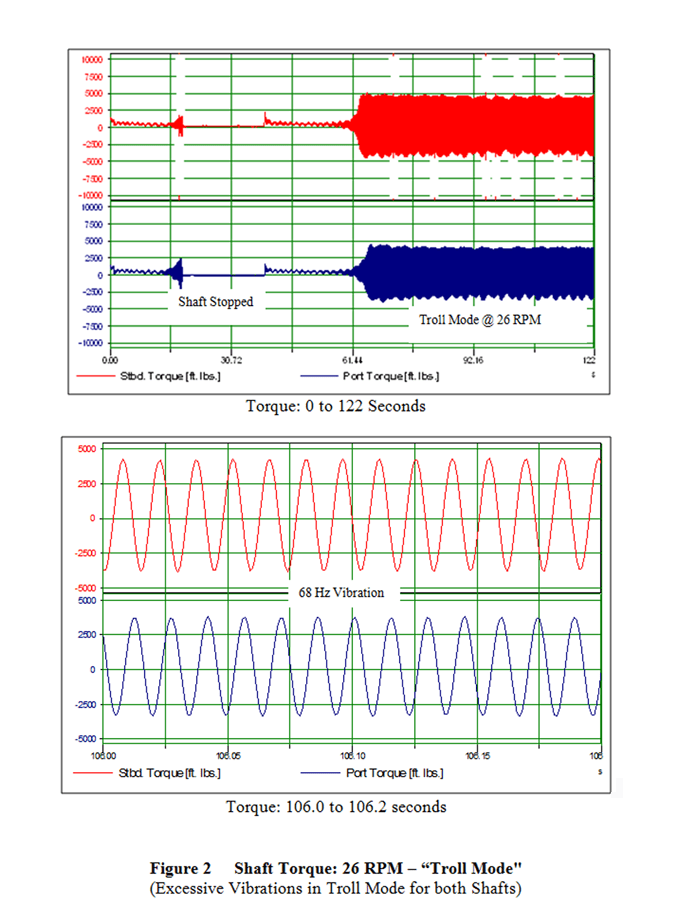