Horsepower vs Torque: How Both Provide Insight into Engine Performance 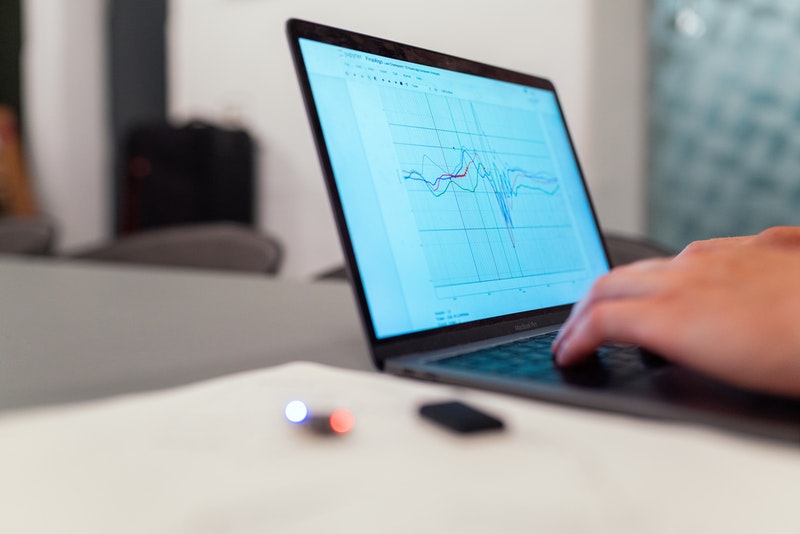 When it comes to understanding how your engine is performing, torque and power are key data points to assess. Torque is an effective measurement when seeking to quantify the true mechanical torque on the driveline component, such as a driveshaft or a coupling. The measurement is typically used to either validate the design of the component or to troubleshoot failures, such as those caused by damaging torsional vibrations.

Power measurements, on the other hand, are typically most important when quantifying the performance of the equipment driving the shaft (such as an engine). To better understand how torque and power are related, and how their measurement can provide value, it’s necessary to further explain the working theories behind each of the measurements.

Torque is a measurement of twisting or rotational force. In the engines of heavy machinery, torque is the rotating force produced by the engine’s shaft. The more torque an engine produces, the greater its ability to perform work.

Horsepower is defined as the rate of doing work, or how quickly work is accomplished. A horsepower value tells you how much work your engine is capable of, in a certain time frame. That value is dependent on both torque and RPM.

The fundamental equations relating torque and RPM to power is as follows:

How to Measure Torque and Power of an Engine

The most common method for measuring torque and power of an engine is through a dynamometer, or “dyno” test. This test works usually by connecting the output shaft of an engine to a set-up that applies a resistive load.

As the resistive load is applied, the dynamometer measures both the torque and the speed applied by the engine. The end result is an engine performance curve, which graphs torque, speed, and power. This method is what is used by engine manufacturers to develop the specifications for a particular engine. It is also a common method for quantifying the true power output for cars, as shown in the image below: 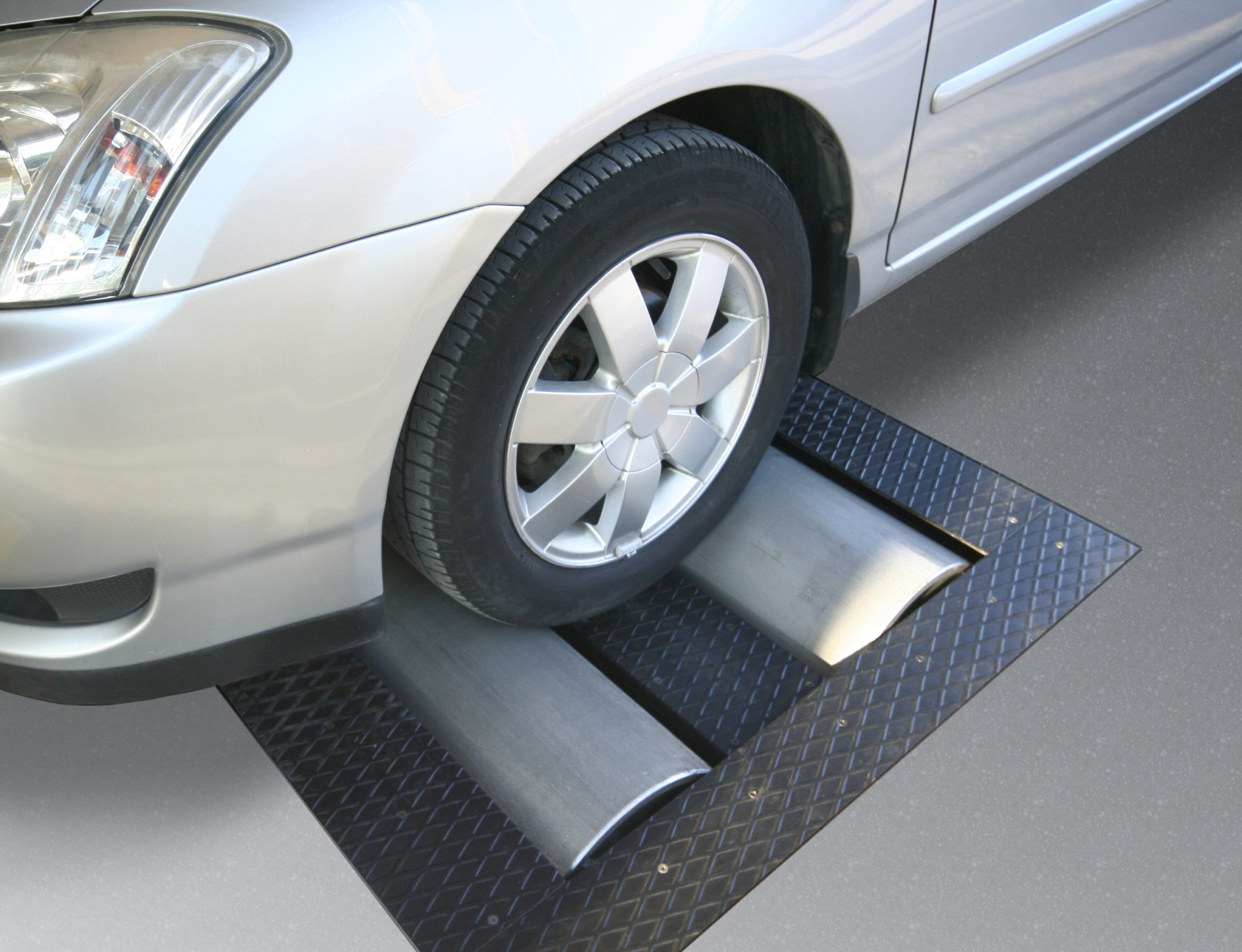 Figure 1. An automotive dyno test stand. The rollers under the wheels measure torque and speed, then calculate power using equation above.

While this method is straightforward for machinery that is mobile (such as a vehicle), it is not ideal in situations where machinery has already been installed. Dyno testing in these situations require that the machinery be physically disassembled and shipped to a testing location. The costs and downtime associated with this approach can be significant.

There are a few ways to measure the true torque (and power) output of your engine, that don’t require equipment disassembly or modification. As torque telemetry experts, we have found that a surface-mount torque telemetry system that relies on a strain gage sensor tends to be the most accurate option. The testing can be done with the equipment in place, and provides horsepower data quickly and accurately. 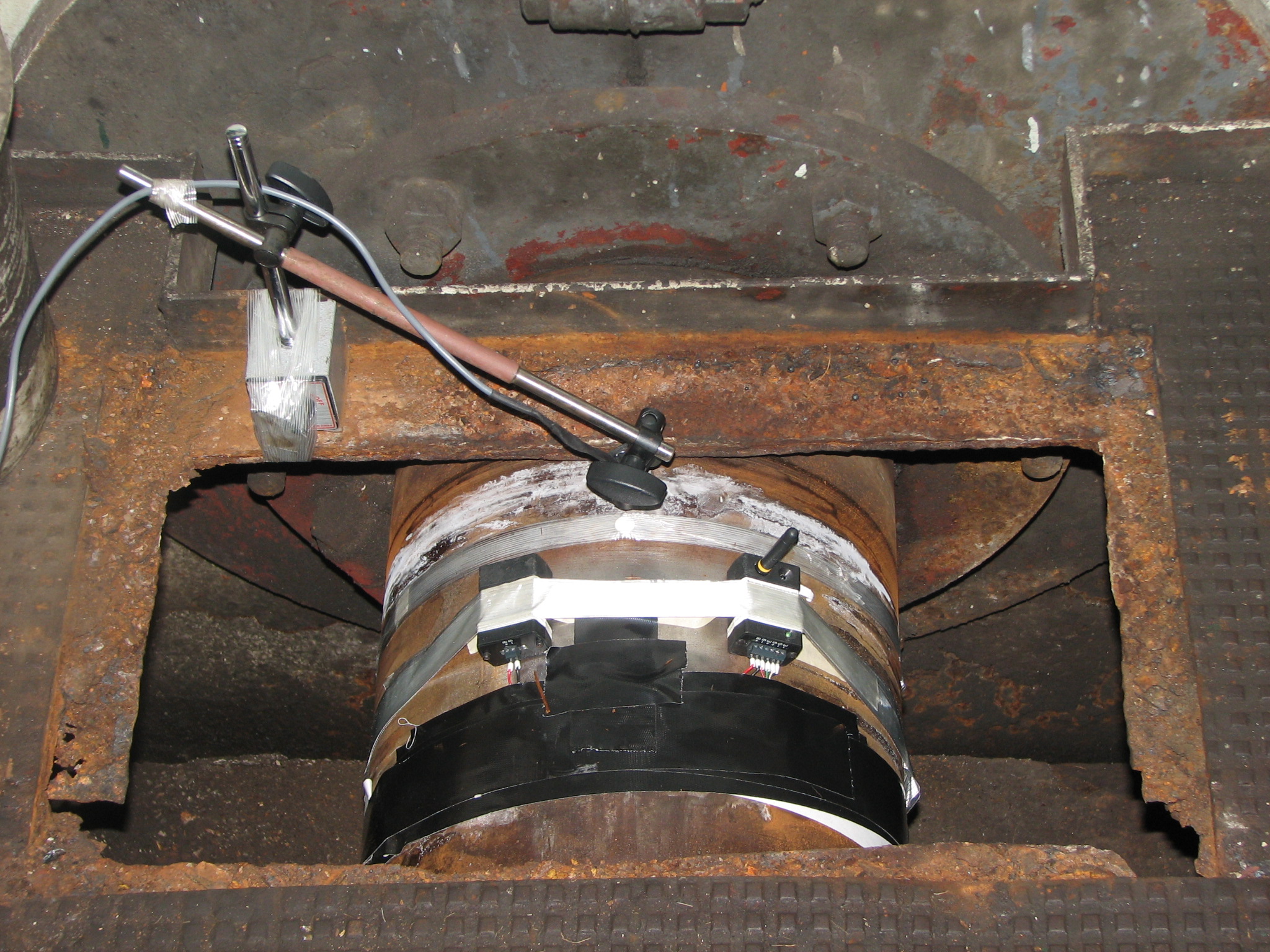 Why are Horsepower and Torque Important in Understanding and Validating Engine Performance?

You need both horsepower and torque to be able to accurately quantify the performance of an engine. Let’s look at a scenario where both of these values are important.

Let’s say you’re a shipowner, and you are concerned that your newly re-engined ship is not outputting the horsepower that it should be. You need that ship to function at its rated horsepower capacity to ensure you’re performing efficiently. Ships that are functioning below their defined capabilities are not efficient, are likely consuming more fuel, and are generally performing at a loss.

To verify that your ship is functioning as the manufacturer said it should, you would complete a test that quantifies the true output of the engine — an engine horsepower verification test. You know what horsepower the ship is supposed to be capable of, but to determine the ship’s real horsepower output, you’ll start by measuring torque.

Using a strain gage connected to a torque telemetry system, you can see what torque the engine is actually putting out. Combine that with the ship’s RPMs, complete the horsepower calculation, and you’ll have the ship’s actual horsepower in hand.

At this point, you can talk to either a consultant, the engine manufacturer, or the propeller manufacturer to determine where the vessel performance issue is coming from, and determine how to fix it.

Without knowing your machine’s actual torque, it’s impossible to accurately assess its performance. You can look at RPMs and other engine metrics, but you need to know torque to calculate horsepower and effectively evaluate engine performance.

As we’ve mentioned before in our article on ship performance monitoring, when you have the ability to accurately measure and monitor horsepower, there are a number of performance diagnostics you can keep up on. From preventative maintenance to optimized fuel efficiency, when you are able to monitor engine performance on a regular basis, you’re able to improve operational efficiency and reduce downtime.

Torque measurement can provide you the information you need to keep heavy industrial and manufacturing machinery up and running properly and efficiently. If you’re ready to invest in a high-quality torque measurement system, talk to the experts at Binsfeld.